At first glance, most Austin urbanists would probably agree that the Red Line is a failure. It’s Austin’s first experience with rail, and it has not set a good example of what rail transit can achieve. Ridership is miniscule, per-rider subsidies are much higher than the rest of the system, and the expenses of MetroRail prevent Capitol Metro from spending that money elsewhere, like better bus service.

But Beyer also takes the opportunity to take a dig at public transit systems and suggest that private transit might be the solution:

Data provided by the Federal Transit Administration shows that even the much-ballyhooed systems in Minneapolis, Portland, and Charlotte, while better-located and thus not as bad as Austin, are also funded by high per-trip subsidies.

Basic googling shows that this is false. Minneapolis’ light rail system is setting ridership records every month, and light rail fares cover significantly more operating costs than the bus system. Portland’s transit agency, TriMet, has comprehensive reports by month. The most recent report shows that Portland’s MAX light system has a per-rider subsidy far below even the “frequent service” subset of the agency’s busiest bus lines: 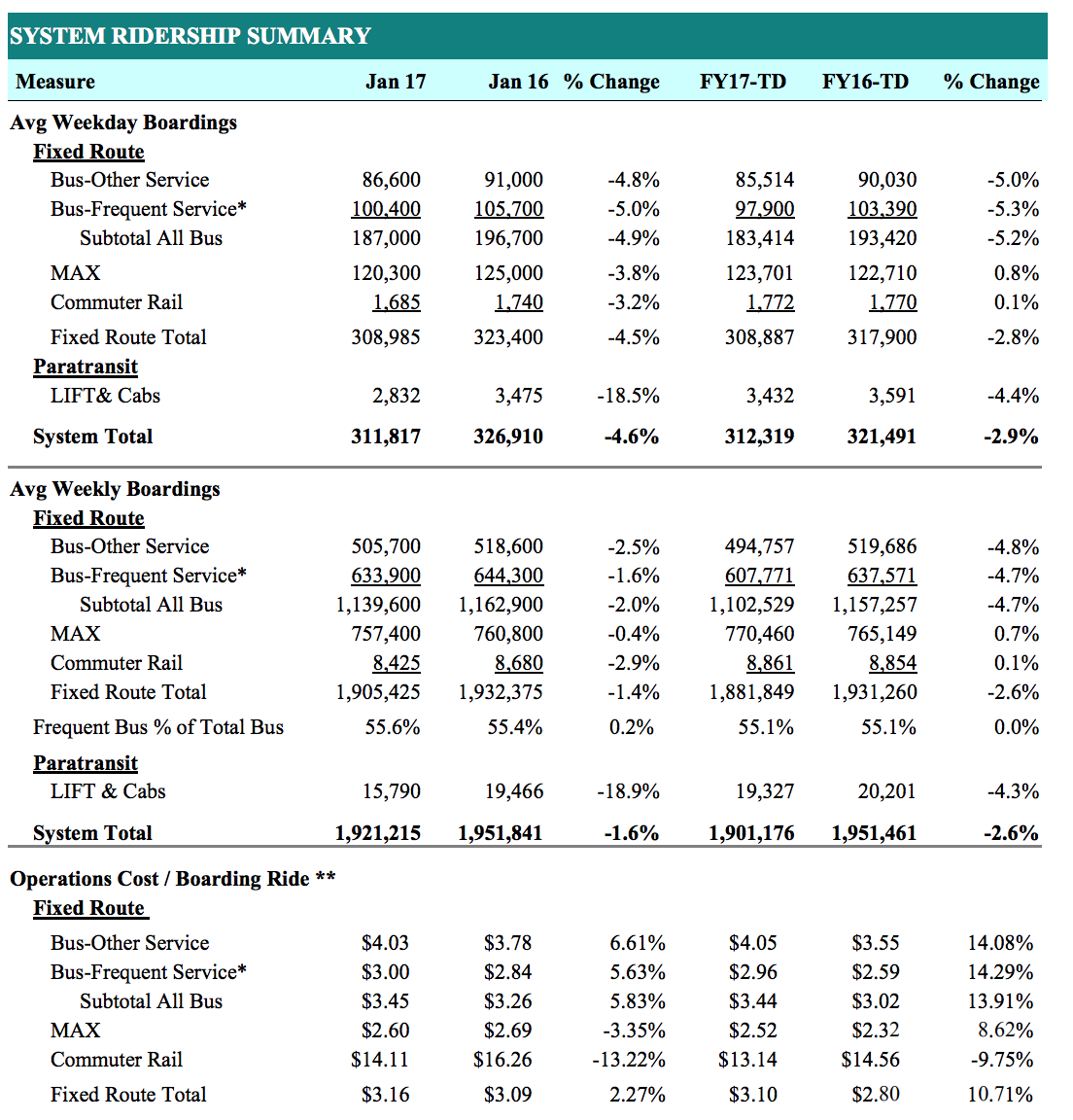 Portland does have one commuter line that is very similar to the Red Line, and the chart shows that Portland’s line has similarly terrible numbers. But Meyer uses this to paint all rail transit as wasteful, and takes the opportunity to advocate for privatizing transportation in general:

At the same time, there are private transit solutions within the ridesharing and bus industries that are profitable, largely because, rather than imitating the fixed-route concept, they’ve tapped into the best things about cars, by offering flexibility and on-site demand

It’s certainly true that there are profitable private transportation solutions, but it’s easy to forget that ridesharing services like Uber and Lyft drive on roads that are publicly funded. They are also premium services that are able to charge a rate that is likely out of reach for a lot of public transit riders.

Urban issues are a rare place where free market or libertarian advocates and traditional left wingers can find common ground: many growing cities have zoning laws that prevent housing from being built despite clear market demand, and building that housing would likely make housing in those cities cheaper. It’s a win both for people that prioritize market freedom and people that prioritize affordable housing. It’s a great alliance and I’m happy to see it gaining ground.

But when libertarians start advocating for the privatization of public transit, that alliance falls apart. The ridership of public transit is overwhelmingly low income, so it’s mere existence serves as a form of redistribution. Privatizing transit would be an overwhelmingly regressive move, and urbanists should push back strongly when free market advocates slip into this rhetoric.