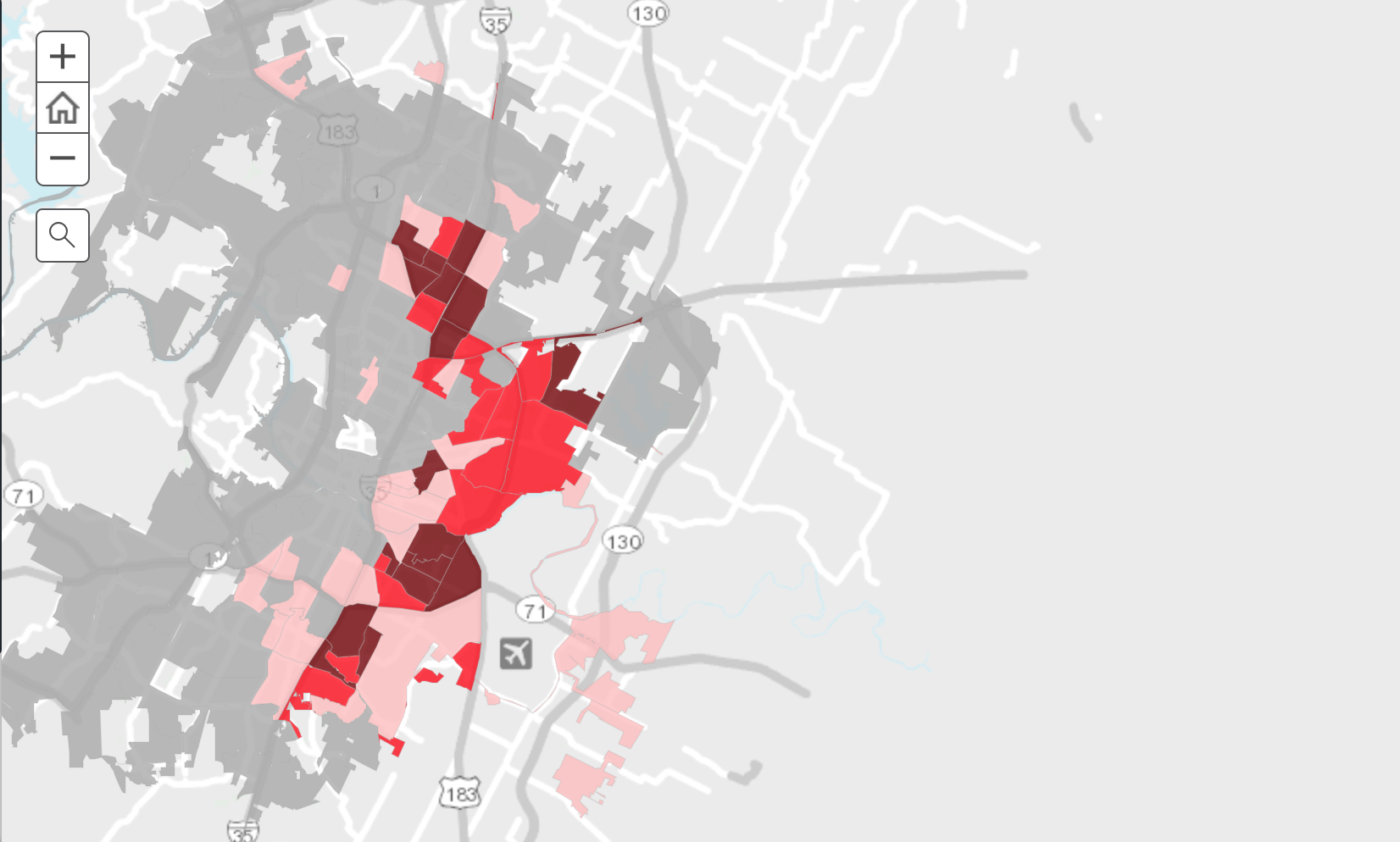 On Tuesday there was a presentation to the Austin City Council on gentrification by a group of UT researchers. The information is mostly not new except that the problem is of course getting worse because the City has done very little that would have a broad impact. Councilmember Ora Houston was somewhat livid at the fact that Austin has been having this conversation for nearly twenty years and, to paraphrase her, basically nothing has been done. The Affordable Housing Bond on the ballot in November is a good step. It finally pledges to provide some relief to renters (who are 54% of the households in Austin, mind you).

But even Councilmember Houston has supported policies that overwhelmingly benefit homeowners that are much wealthier and whiter than the population of Austin as a whole. The most recent benefit for homeowners in Austin is the increase in the Homestead Exemption. The Homestead Exemption allows people that own their homes to exempt a percentage of the value of the home from their property tax bill. Why does this law exist? I have no idea. My guess is that homeowners have more money and it is a clever way to disguise wealth transfers that benefit the upper half of the income distribution. The insidious element here is when politicians that call themselves liberal and support Democratic candidates at a national level (Leslie Pool, Mayor Adler, and yes Ora Houston) vote to cut taxes on the the wealthy here in Austin. Let’s take a look at who owns homes in Austin: 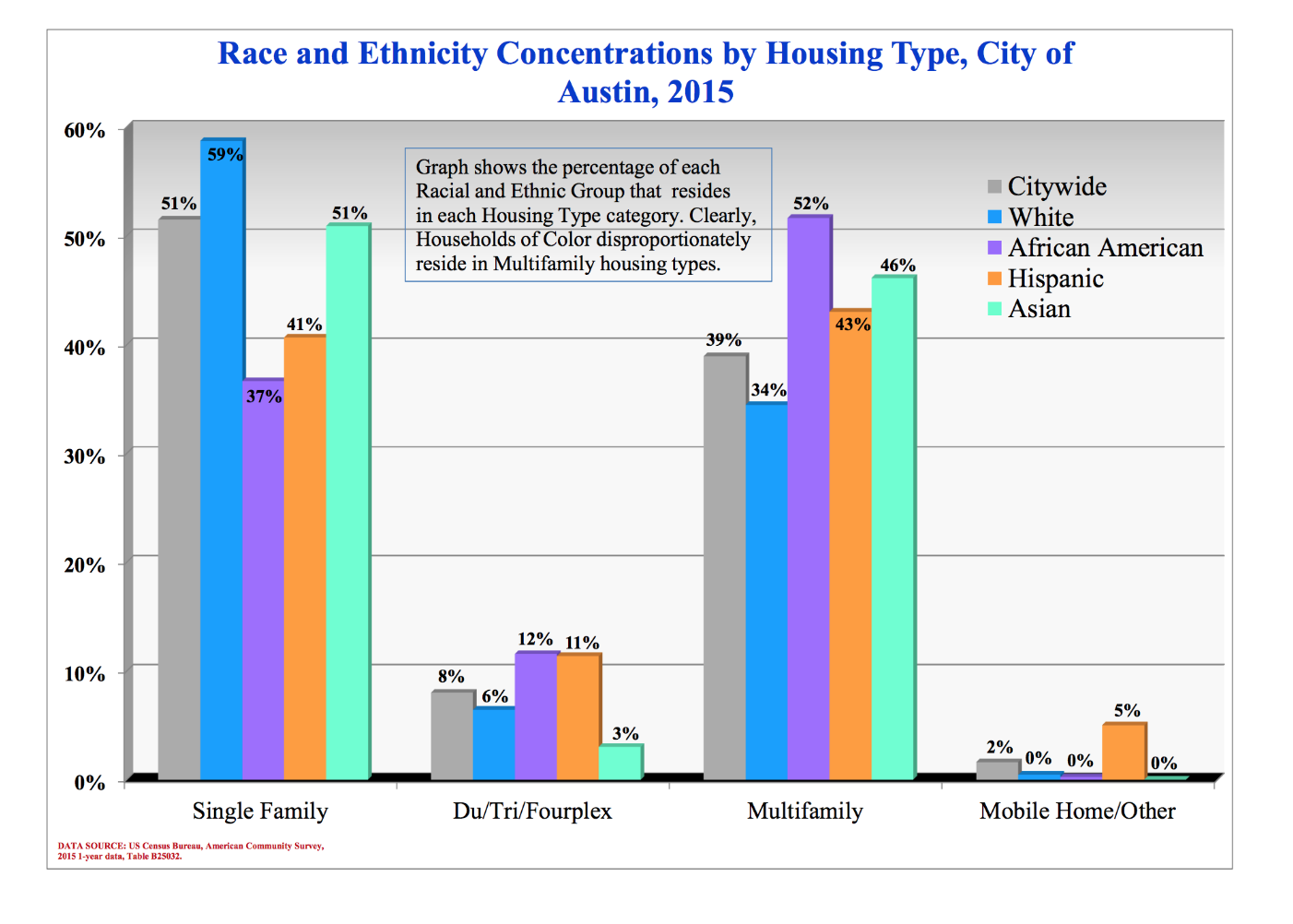 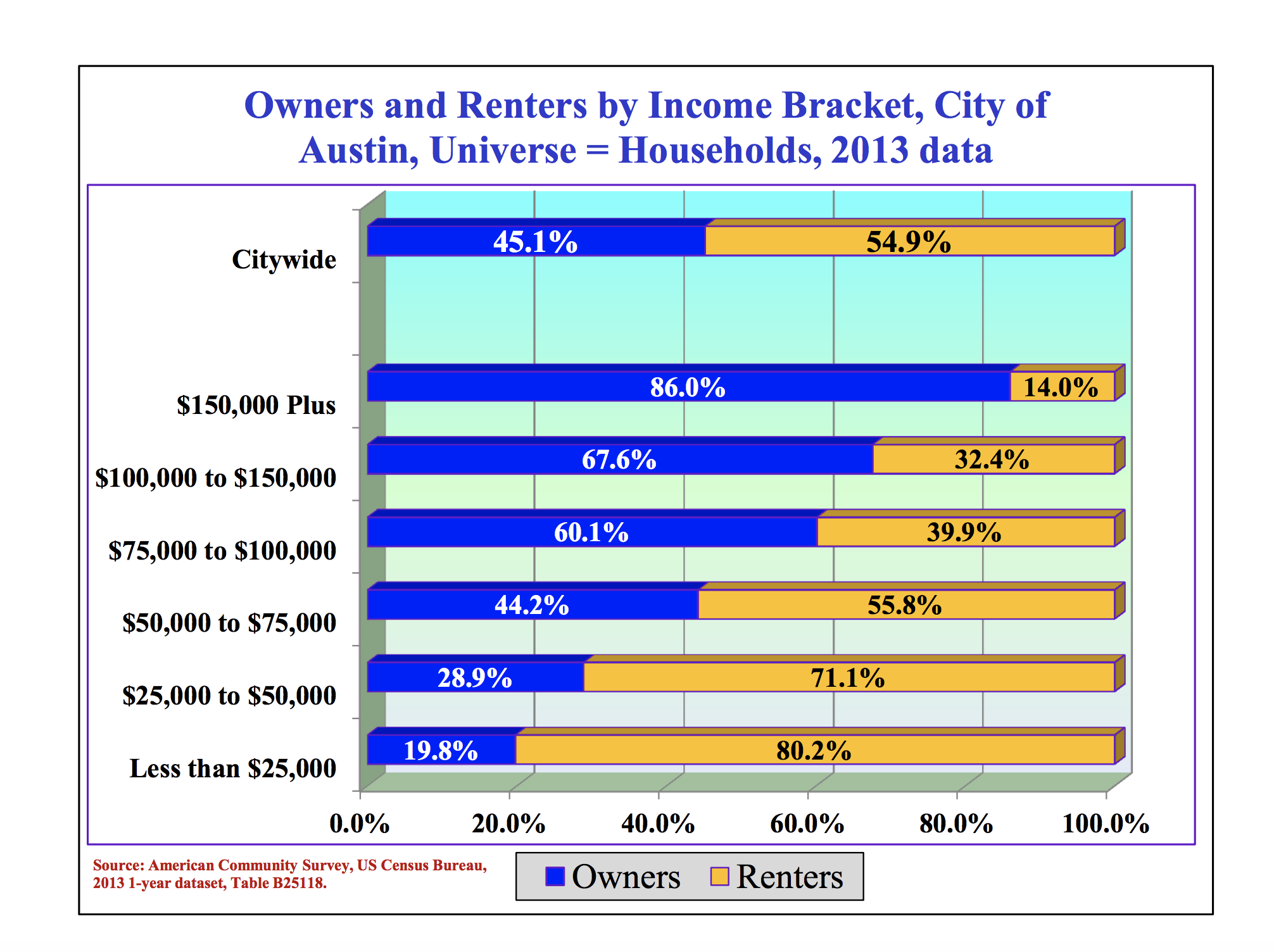 homeowners are vastly more wealthy than renters in Austin

These charts also dispel a common myth from defenders of the Homestead Exemption: that it is primarily targeted at keeping aging seniors or other long time homeowners in their homes who would otherwise be driven out by high property tax bills. While there are certainly some cases of this occurring in Austin, the data is fairly clear: homeowners have high incomes in Austin. The Homestead Exemption is an extremely regressive tax cut in order to address a phenomenon that appears to be very rare. Another remarkable aspect of this is that the current tax cut for homeowners comes at a time that the economy is roaring and Austin’s property tax rates are basically at the median for the past 20 years, and comfortably lower than the property tax rates in Dallas and Fort Worth: 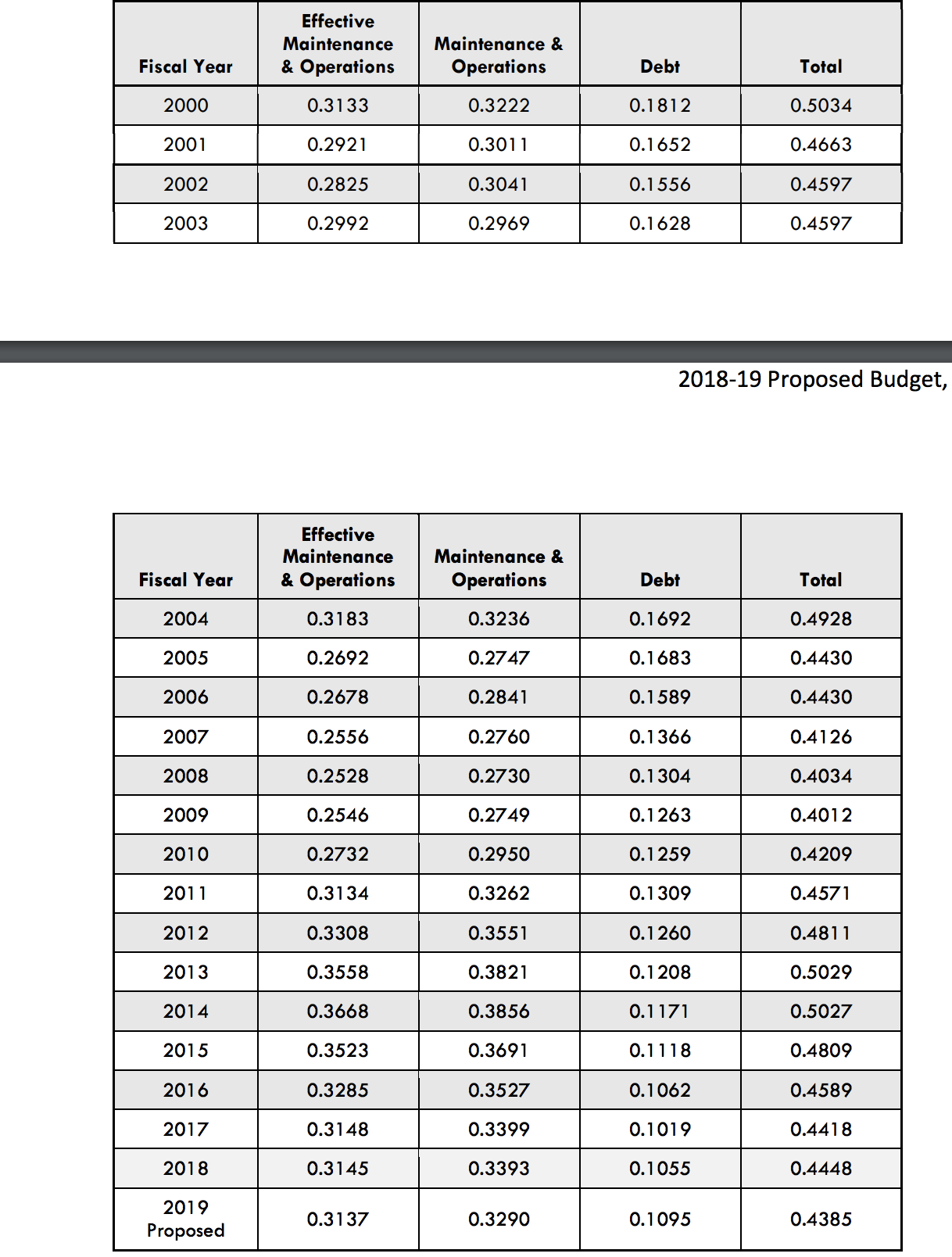 A 2% increase in the Homestead Exemption is admittedly somewhat small in the context of the Austin city budget, but it’s not nothing. Especially considering how much of the city’s General Fund spending is basically non-discretionary. 70% of the budget in Austin goes towards Police, Fire, and EMT services, so the rest of the services the city provides are actually dividing a much smaller pie than it would seem at first glance: 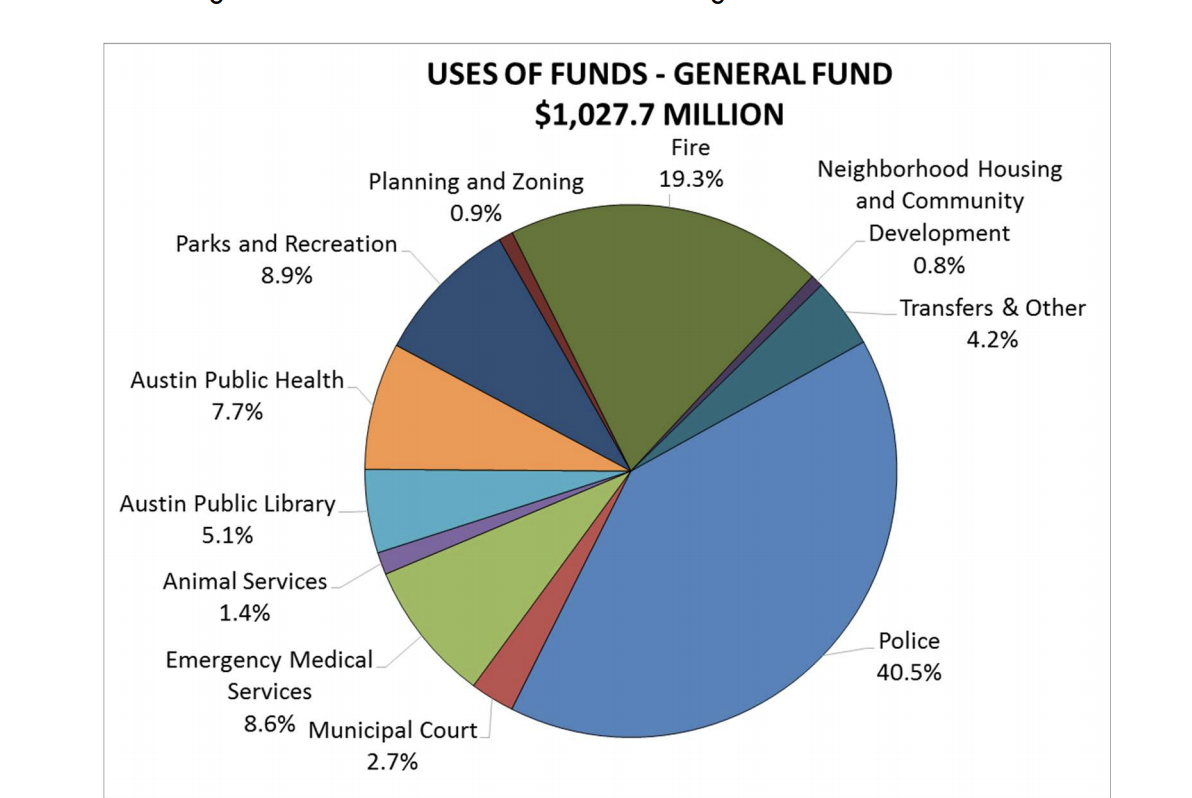 In this context, a loss of several million in tax revenue because of direct giveaway to a slice of Austin that is much more wealthy and white than the city as a whole becomes a more glaringly regressive policy. Even more so when you ask, why do we have a homestead tax exemption at all? Why are we subsidizing homeowners when renters are so clearly a group that is much more in need?

I’ve thought about why the Council up until this point has been so biased towards homeowners, and I think a lot of it is simply confirmation bias. Most of the Council are homeowners themselves, homeowners are more vocal at a local political level through advocacy organizations, and perhaps most importantly, homeowners have more money to donate to political campaigns and political organizations. The importance of last bit cannot be overstated: homeowners have the money to get their way in Austin, so they have gotten their way for a very long time.

To bring us full circle to the gentrification study, the City Council districts that are discussed most closely in the study are even more renter heavy than the City as a whole. Districts 3 and 4 along the City’s East Side have less than 25% homeowners! The Homestead Exemption is a tax cut that actively makes the problem of gentrification worse by transferring city money to more wealthy homeowners, but the same Council members that have the most to say about the study continue to support the Homestead Exemption. There is no excuse for it.

The thing that will help the most vulnerable Austinites is fairly simple: a massive increase in the supply of housing (both public and private), in all neighborhoods that have easy access to the Central City. It’s also the thing that homeowners associations (aka Neighborhood Associations) fight against the hardest. The homeowners with Beto signs and Hillary signs are not progressives until they start to care about the majority of Austinites that don’t own a home.