Several years ago, your two humble authors were living in two single family homes with roommates in two different cities at the same time. The rent was similar, and both houses were in good neighborhoods but not the absolute nicest (this is subjective of course). One house was in Austin and one was in Portland, and they illustrate the somewhat mundane differences that can have significant consequences for residents’ transportation, even when you are just comparing different single family homes. 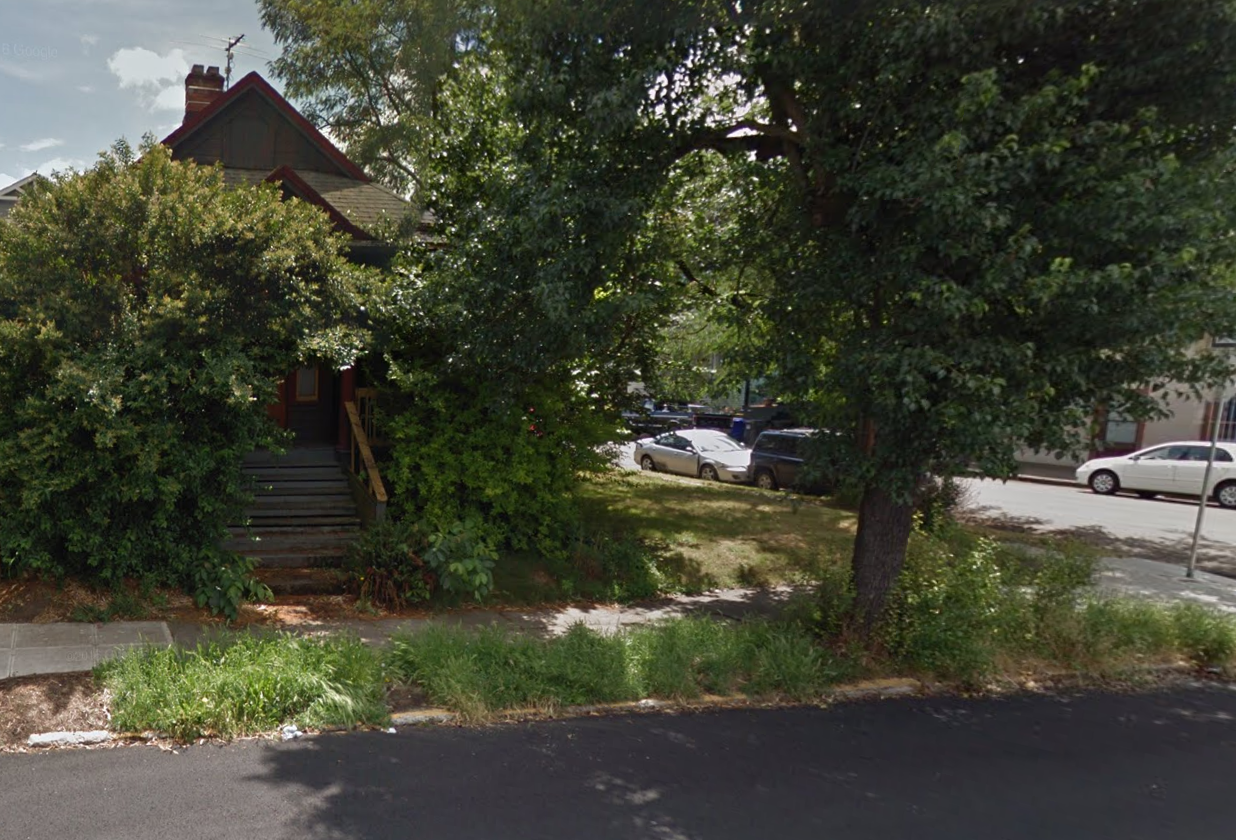 (there’s a front porch under there I promise)

The lot size is 2,614 square feet, which allowed significant front and side yards and a small fenced backyard. The house has a great front porch, and within two blocks there are three bars, a bagel place, a bbq restaurant and a bodega. Expand that range a few more blocks and you have multiple grocery stores, a bookstore, restaurants, offices, and two bus lines that came every 15 minutes or less for most of the day. The house is on the edge of Ladd’s Addition Historic District, a leafy neighborhood of beautiful homes mostly from the early 20th century. The walkscore for the house is 94.

The other house was 5510 New Haven Court in Austin’s Allandale Neighborhood. The lot size is 12632 square feet , more than five times the size of the house in Portland (I’ll have to tackle that absurd lot size in another post). The house is in one of several cul-de-sacs along the stretch of Shoal Creek Blvd. Despite being in one of Austin’s central neighborhoods, there is nothing within a few blocks of the house. There are several bars and restaurants on Burnet, but it is at least a 15-20 minute walk to reach most of them, partially due to the cul-de-sac. Fortunately, the house is near the Capital Metro 803 bus, which comes every 15 minutes during the day. The walkscore for the house is 56. 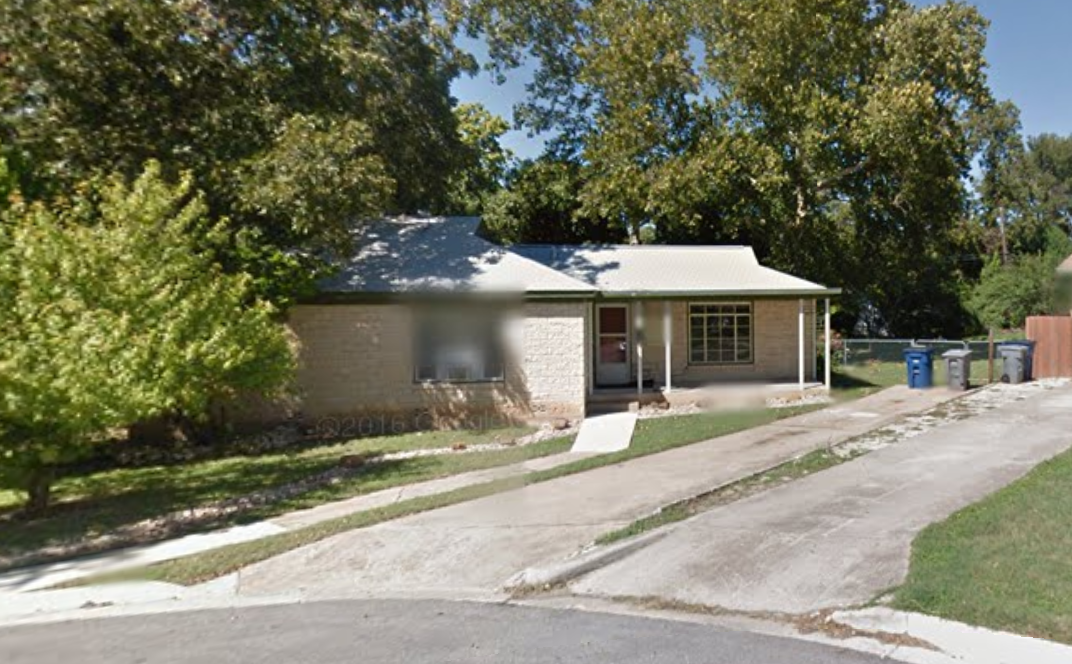 So what accounts for the huge difference in walkability between these two single family homes that are both centrally located? For the most part it seems to be zoning. Everything except Burnet Road that is within walking distance of the house in Austin is also just single family housing. There are no businesses on this stretch of Shoal Creek Blvd. or Hancock, and the nearby stretch of Allandale Road is zoned Limited Office, which means nothing super useful for the neighborhood can be built there. I doubt that Walkscore factors this in, but it’s also worth noting that the nearest street to walk to the businesses on Burnet also has no sidewalks:

just walk your kids right in the road I guess? Shoalmont Drive in Allandale

The house in Portland, on other hand, is actually on a commercial corridor. And let me pre-empt the reaction of “people with kids don’t want to live by bars and bodegas!” with the answer: you are correct. This was edge of a residential neighborhood, meaning this was a commercial corridor that ran around the outside of historic Ladd’s Addition. A family with young kids may not want to live there, but for three people in their mid 20s it was perfect. We could walk across the street to get coffee, bbq, and sit on the patio at the dive bar. When we needed chips or beer, we went to the bodega. We also had a vegetable garden in the front and a grill in the back. It should also be noted that a lot of the commercial buildings had small apartments on top of them, including the bodega:

The neighborhood follows a zoning pattern typical of Portland in general, where corridors of significant multifamily and commercial zoning surround residential neighborhoods. The Portland house happens to be on a fairly dense corridor that is zoned Central Employment, allowing a wide range of uses. Hence single family houses across the street from bars and restaurants. And again: I get that this particular spot would not be ideal for many people, but all of these businesses are within walking distance of plenty of more typical single family houses. Here is a zoning map of the neighborhood: 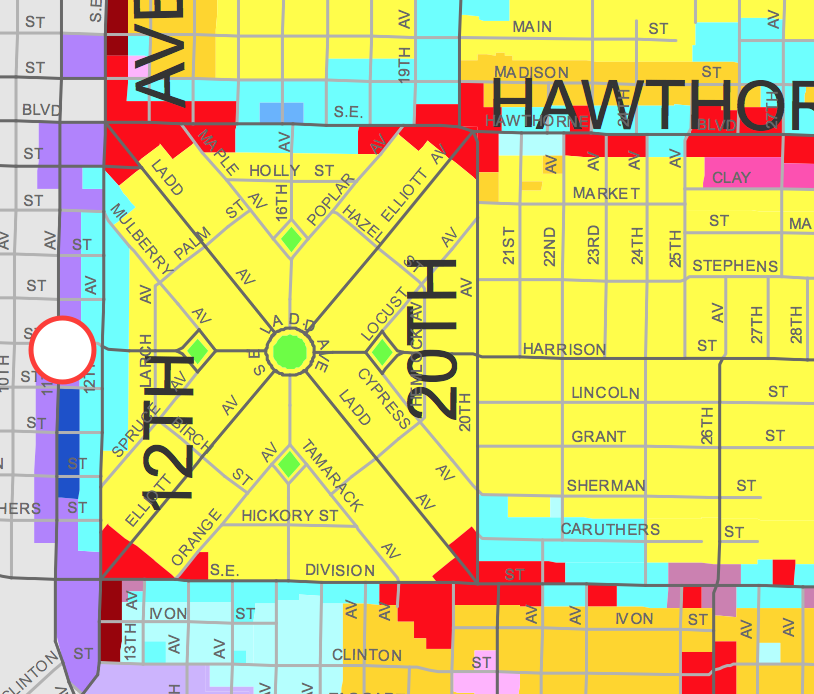 The house in question is the white circle at the left, but all of the yellow in the center of the image is single family housing. All of those homes have a Walkscore of 80 or above because of the surrounding commercial corridors on Division St. and Hawthorne St. These are some of the most idyllic and beautiful single family homes in the city, and they are in a wonderfully walkable neighborhood. This is a typical Ladd’s Addition house: 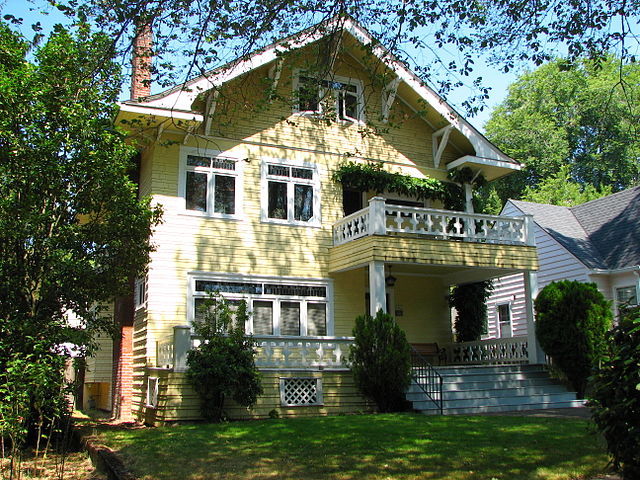 Ian Poellet - Own work via wikipedia

Finally, you’ll notice something else about the bar, restaurant and coffee shop immediately adjacent to the house: there is no parking lots: 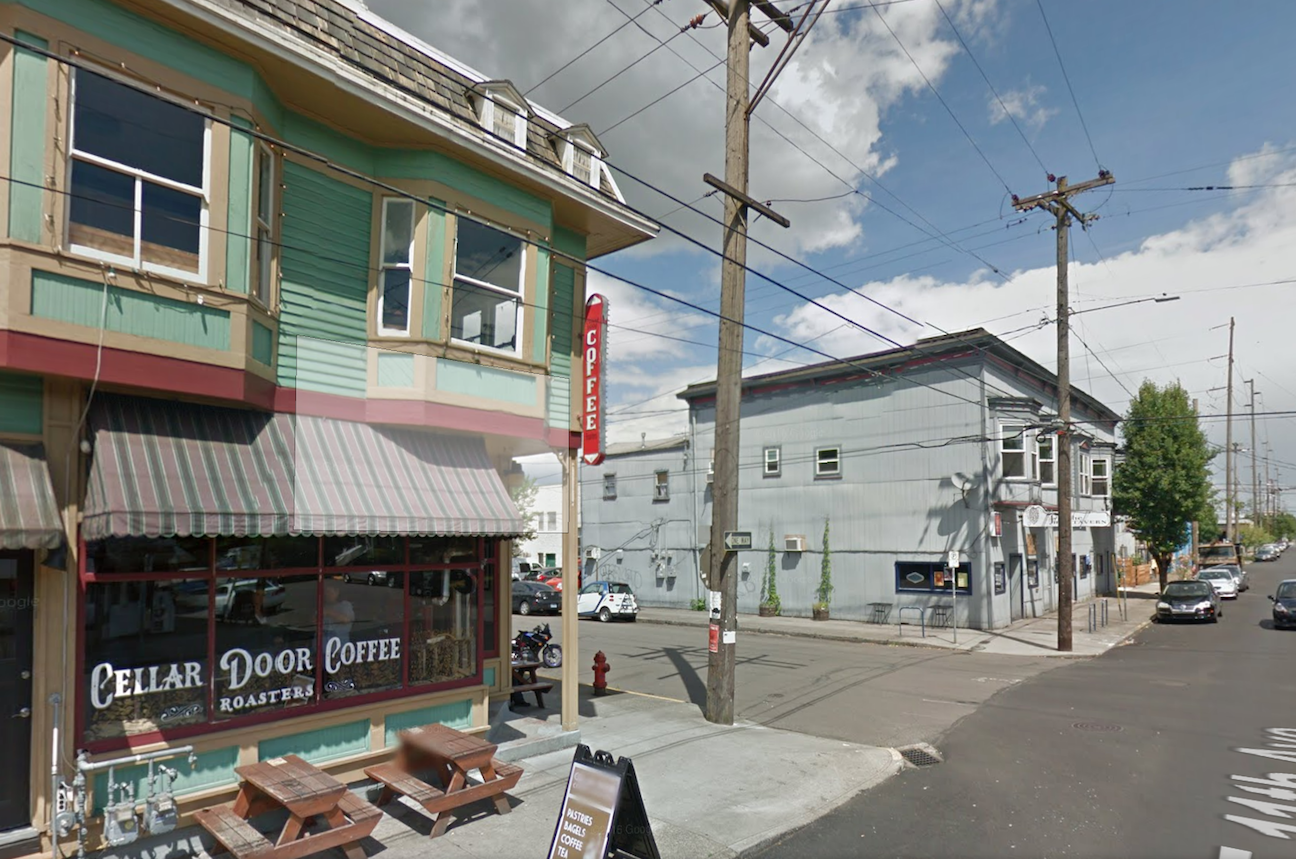 The City of Portland hasn’t forced the owners of those buildings and businesses to build parking lots, so they haven’t. They do just fine, and building parking would be expensive. Local people are the main patrons, and Portland is dense enough that locals can sustain a small business.

The whole point here is that you don’t have to live in Manhattan to have walkability. It seems like many Austin residents think there is a choice between a tower downtown or a house with a giant yard and two cars, but there is a lot of in betweens. That’s why the “missing middle” housing that people talk about is so important: it can actually coexist with single family housing quite peacefully.